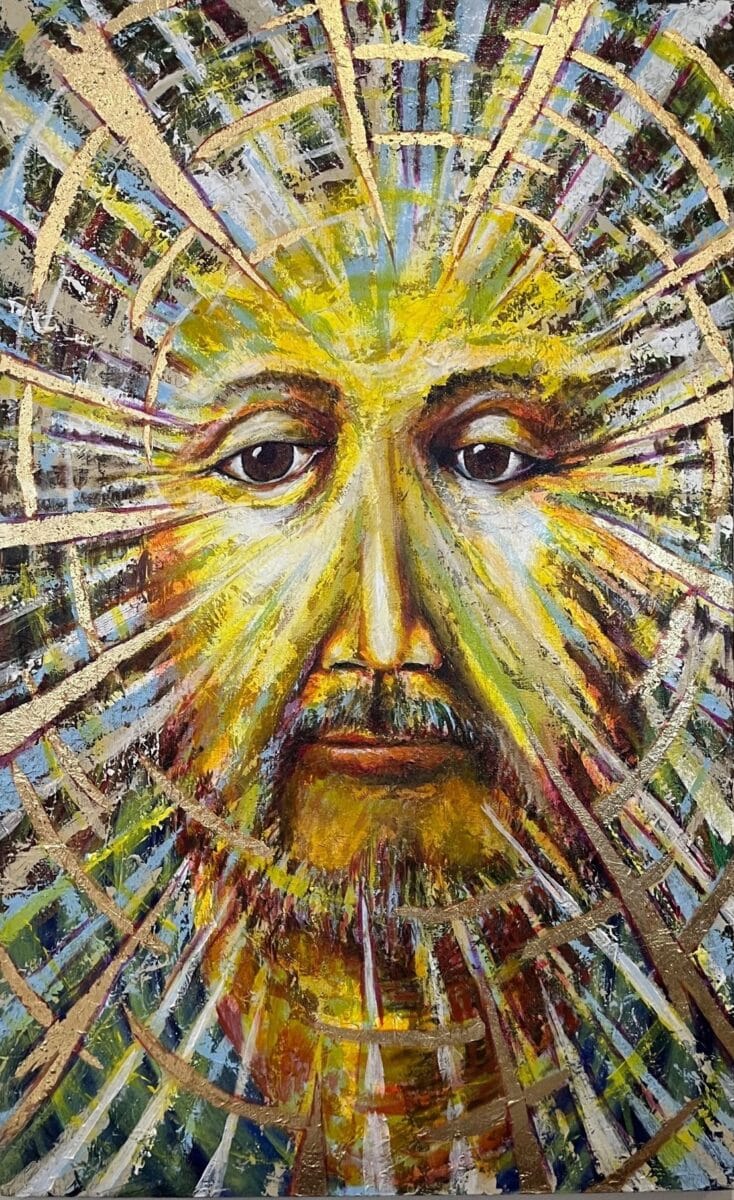 This image was created for the season of Epiphany, 2023. As I thought about the themes inherent to the season, and looked at the various gospel readings for this year, I found myself focused on two major themes, the season as a time when the true nature of Christ was slowly being revealed, and the culmination of that revelation in the last reading of the season, the transfiguration. Having first created a layered image where the underlying icon of Christ was discovered as two overlying canvases were pierced and rolled back, I moved toward a more overt depiction of the transfiguration for the second image. I began by revisiting an older canvas that I had never been quite happy with, and reworked the figure, adding many layers of color and texture. I looked at many images of the transfiguration, but the only image that truly worked for me was the resurrection panel from the Isenhiem Altarpiece by Matthias Grunewald. This made sense to me as the transfiguration can be seen as a kind of foreshadowing of the resurrection, at least on a visual level.

On a more technical level, this painting also grows out of my recent experiments with non-objective painting, inspired by the first wave of abstract expressionism in the 1950s. Especially looking at Mark Rothko and Jackson Pollock, I was playing with the creation of depth through both impasto painting and thin glazes. While this image does not function as a work of non-objective art, it does reflect my overall interest in icons and their ability to directly engage the viewer in an immediate and personal way.